Back in 2007 while staking mineral claims west of the Rice Lake Gold Camp in Manitoba we experienced a bit of a heat wave when temperatures hit above 40 degrees C, and I found myself needing to take a break from making "claim posts" and cutting lines. 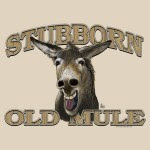 At the time the crew and I were carrying out a project and staking an area of about 38 sq miles, or just over 98 sq km's. Needless to say, it was hard work as there were many kilometers of lines that required cutting / blazing and there were hundreds of post markers that had to be completed.

That particular project required that land package be divided into 38 individual mineral claim blocks with each requiring that wooden marker posts be erected every 400 meters along each and every line. We staked over 240 km of boundary and erected and recorded over 350 individual claim posts along those boundaries.

We found ourselves a bit over worked about mid day and worried about heat exhaustion or worse. I decided that the best course of action was to take a break and get out of the heat. I got on the radio and talked with the crew and we agreed to shut down work and take a break. We headed for the nearby lake to cool off and relax a bit, have a lunch and to do things other than work, until the heat diminished some.

To me relaxing in the bush involves a dip in the water, a lunch and a leisurely "walk about" prospecting and looking at the geology, nature and stuff like that. I just have to be moving but mind you I would rather be walking about and prospecting "nice and slow" in that kind of heat.

During that opportunity "to walk about" I happened upon an outcrop of "Greenstone" that hosts a series of hydrothermal vein systems ranging in size from about 1 inch wide up to the width seen in the photo above and somewhat "bigger" a few paces back along strike.

This vein structure is located in a part of the region of Manitoba where the Rice Lake Greenstone Belt is in contact with structures of North Caribou terrane. The visual evidence indicating that can be identified easily if you carefully prospect and visually map the area.

I prospected these veins only in a general manner at the time "casually", yet i managed to get 'a kick" of gold along with some notable numbers for other metals from assay later. I didn't have the time to get back and do a detailed prospecting survey yet . Time and finances were not aligned with my desire to explore it at the time. I did get a day back there last year, in which I gathered a few more samples and later got some assay work done on. Those results indicated significant gold numbers in some samples and also well above background in others.

Yes, there could be a nugget effect happening within some of the assay samples and the results have been very high on selected samples, however on a chip sample over 2 meters the results were still very promising. It is far to early to determine what style or amount of gold occurs here let alone beginning to understand the where for all as to how the gold was deposited.

One of the very few records available on the area indicates that not far from this vein structure, a drill core was made in the past, that reported a gold assay exceeding 1 ounce per ton over a length of 25 feet of core, beginning from surface.

Today in 2012, we have a situation where gold prices have climbed and many new gold discoveries have been made in the area and have been proved to be occurring in similar type geology. Yet, this structure still exists and is still unknown and under explored. I am sure that I will explore it when time and resources permit.

If you wish contact me, I'll be selecting a partner willing to take some risks in exploring this and other occurrences. Not large risks are needed, but a risk none the same, so if you you are not prepared to support or prospect this, or can't get it in your budget to do so, don't worry, there are always other things to do.

This area is now being recognized as one of the very few grass root gold exploration targets remaining under explored in Manitoba. Junior gold exploration companies have taken notice of the area and there is a modern gold mine and milling complex operating close by. Within the Rice Lake Gold Camp San Gold Corp has recently made significant new gold discoveries.

Howdy exceptional blog! Does running a blog similar to this take
a large amount of work? I have absolutely no knowledge of programming but I was hoping to start my own blog
soon. Anyhow, if you have any recommendations or techniques for
new blog owners please share. I understand this is off subject however I just wanted to ask.
Kudos!
My site :: Payday Income