Will the price of gold reach $5000 per ounce or higher? 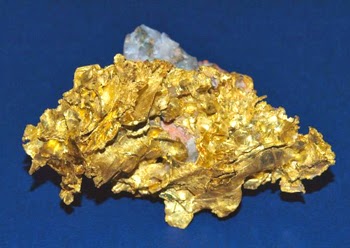 Gold and the price of gold gets plenty of attention and it is a subject that is gets regular coverage from media sources. Every day there are reports, articles and commentaries from industry stakeholders, stock market gurus and financial advisors etc.


Some are bullish on gold, some are bearish and some promote having a contrarian approach. It is can be difficult to take a side on either opinion as there are good points being made each way.

As a gold prospector I am in the camp that cheers on the price of gold and would relish seeing the price increase. I think that the price will gradually edge up to higher levels that better correspond to the true value of the metal when compared to fiat money, as has been seen in history.

Charles Oliver from Sprott Asset Management LP believes that the price of gold may reach $5,000 per ounce or higher within a few years and maybe even go beyond that. He focuses on gold and silver investments as a portfolio manager for the Sprott Gold Precious Minerals Fund and the Silver Equities Class. Below are some quotes from a recent article by Henry Bonner in which Charles makes his case for higher gold prices.

When Henry Bonner spoke to Mr. Oliver last summer, he said the weakness in the gold price in the face of unprecedented money printing from the Fed had taken him by surprise.

Have we passed a decisive point since then? Is gold heading up? (Bonner)

“I believed throughout 2013, with the price of gold coming down, the fundamentals were only getting better,” he answered. “During that time, the Chinese bought like mad and the Fed printed another trillion dollars through QE. Nonetheless, heavy selling took the gold price down.

“Today, the difference is that the sellers are exhausted, and physical demand is catching up. One of the numbers we are looking at is the quantity of registered inventories on the COMEX for gold. That’s the amount of physical gold that is available when someone asks for physical delivery instead of a cash settlement.”

Mr. Oliver continues: “One day, we might see someone try to break the market on the physical side, by demanding delivery of more tons than can be supplied – hence driving the price up.

“Because of this threat, I would tell investors in the metals to stick to ‘fully-allocated’ products, where you have a claim to a specific amount of metal that is physically held in a vault, not lent out or hypothecated.”

So have we reached a point where physical demand will drive the price up? (Bonner)

“The demand coming from China boggles the mind. Imports of gold through Beijing were somewhere on the order of 100 tons a month last fall. Assuming this trend continues, China might import 1,200 tons or more this year. That is nearly half of the world’s annual mine production of around 2,600, whereas 5 years ago, they hardly imported any. I believe a good portion of the 800 tons that were sold from ETF holdings subsequently were shipped to Asia.”

Could gold head lower in the near-term? (Bonner)

“As far as the price going down again, we already saw gold bounce off from $1,180 in December, which represented a 39 % retracement from the peak – a significant number from a technical perspective. Certainly another powerful support level would be around $1,000. There were several times before 2008 when gold hit that level and came back. I believe that would be a very firm support level for gold if it dropped again.”

Where is gold headed a few years out? (Bonner)

“Ultimately, I believe that the gold price could reach $5,000 within a few years, and perhaps go well beyond. Deficits and rising debts, exacerbated by demographic issues, are here to stay. And money printing and higher gold demand along with them.”


The Full Article from Sprott Asset Management is available here


How does the price of gold effect the propsector and the value of his / her claims ? Read More here
Posted by Unknown at Wednesday, March 19, 2014

Hey, I had a great time reading your website. Do you have an email address that I can contact you on? Thank you and hope to hear from you soon.